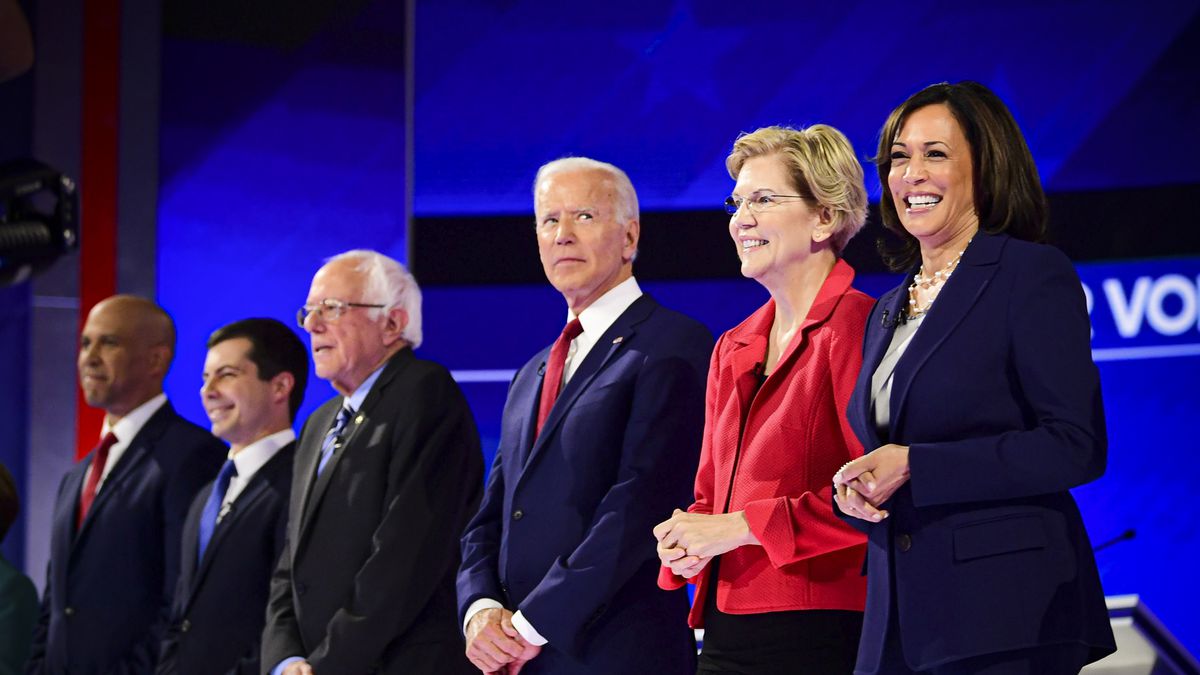 Every Proposal Debated Will Be DoA In The Senate

It isn’t just that the primary race polls won’t be changed by last night’s debate. The continuing approach of the whole field guarantees that if any of them win they won’t be able to enact a single thing they claim to want.

Nobody seems to be arguing that the basic landscape of Joe Biden trying to fight off Bernie and Elizabeth Warren was altered last night. Despite the drama of the ongoing civil war between Democrats and Euro-aping Social Democrats A few of the hangers-on got their sound bite and may raise a few more dollars to live to fight a few more days.

The one thing all of them had in common is they were fighting over slightly different versions of laws they would be unable to get passed as president. Getting anything passed today requires getting enough Senators to vote. The Senate manages to kill off any meaningful legislation, whatever your political views. So, when candidates propose something that exacerbates the divide in the Senate you know they are not serious about getting an actual law passed.

Democrats are fighting tooth and nail over how best to expand the federal grip on our healthcare. With Public Options advocates arguing to mostly nationalize it to Medicare For All advocates like Bernie wanting the whole thing. One thing is for sure. If Medicare For All makes it to the general elections expect to hear Uncle Joes claim repeated that “someone making 60 grand with three kids, they're going to end up paying $5,000 more.”

Freeing non-violent offenders came up. If you know a non-violent offender in federal prison you might be happy. Sorry this is coming too late Martha Stewart. How many people in the audience do you think understand that the federal government can’t force states and cities to release people serving time in jails and state prisons.

Kamala Harris must be frustrated. There was a time being a tough-on-crime Democrat was a winning formula. But today it’s a huge weakness in her party. She’s trying to shift the conversation about her role as a prosecutor (her past narrative) to prison reform to be nicer to prisoners. One of the boogey men of the day is private prisons which Democrats have found to be a capitalist symbol people can get behind attacking.

Blah, blah, blah background checks. Blah, blah blah assault rifles. Gun control serves as a largely useless debate that has no real hope of getting anything done at the federal level. What gun control advocates don’t understand is that top-down changes won’t happen, and they should look instead to create consensus at the state level for more practical options.