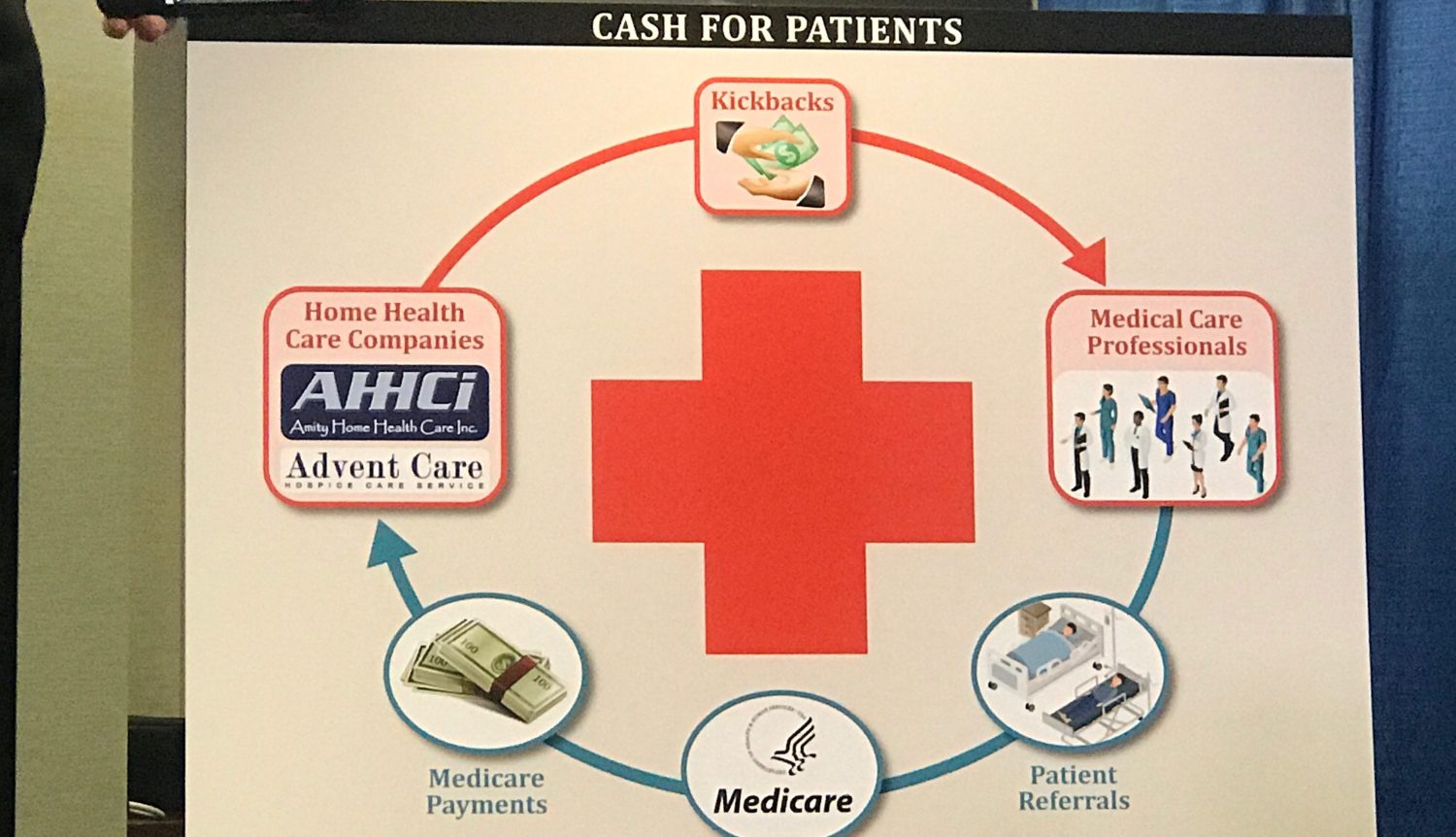 The United States Justice Department announced this week that it has charged Amity Home Health Care and the hospice company, Advent Care, with paying off doctors, nurses and a social worker to make referrals to the two companies. The total value of the scheme netted $115M and involved a total of twenty-eight defendants (so far).

It is wrong to dismiss this as a few bad apples or corporate greed run amok. It doesn’t even matter if you write it off as healthcare marketing taken to the dark side. There is a much larger issue here. The core of the problem (pun intended) is that when you have a government program like Medicare or other programs like Medicaid, Social Security, etc. you create incentives to steal.

Where there is money, there is crime. But private, profit driven, organizations like private insurers are incentivized to detect, prevent and pursue matters of fraud to protect their profits. Take away the profit incentive and what motivations are left? Without shareholders to care, then who will hold management responsible? The truth is that governmental agencies and the people they employ are not motivated by the same things that private sector people are, and no processes and rules are going to change that fact.

Massive programs always include massive amounts of fraud and waste. In fact, they create an environment that encourages fraud and waste because of the incentives and lack of incentives that a non-profit situation drives.

This is the main reason why Medicare for All and any other form of socialized, single payer healthcare should not be implemented. You cannot turn one society into another. In the US, we have a long history and a large industry dedicated to defrauding both private insurers and government social programs of all kinds. If we shift 115M privately insured Americans to a massive new government Medicare for All program, we are inviting an enormous increase in graft.

It is very chic this year to bash capitalism and to talk about how the billionaires and corporations are benefiting themselves at the expense of society. Bernie seems incapable of finishing s sentence without referencing them. So far, the entirety of the democratic candidates talking points are dedicated to that in one way or another. They see profit and profit motive as inherently bad for society, despite millennia worth of evidence to the contrary.