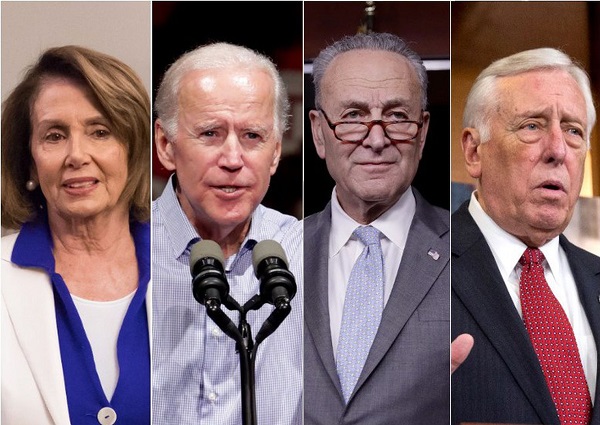 Revolution to Oust Leadership That is Too Old, Too White, Too Corrupt.

The Democrats are embroiled in a full-on civil war between Boomers and their grandkids. Party Leadership especially people like Nancy Pelosi (79), Senate Minority Leader Chuck Shumer (68), Majority House Leader Steny Hoyer (80) and Joe Biden 76 have done such a terrible job of building bridges with passionate young progressives it that it is hard to even understand what their strategy is. Even Chairman of the Democratic Party, Tom Perez looks downright youthful at 57 in this group.

The civil war started in 2016 after the Bernie Sanders campaign struck a chord with young liberals. Outraged by tactics by the Clinton campaign and Democratic Party leaders, including then-chairman Debbie Wasserman, to undermine Bernie, these young progressives began to formulate an uprising that shakes the Party today.

On January 23, 2017 Kyle Kulinski of Secular Talk and Cenk Uygur of The Young Turks with members of the 2016 Bernie Sanders presidential campaign launched the Justice Democrats political action committee.

Revolutionaries in their midst

Older, more centrist Democrats still don’t take these people seriously. They group seemed mainly to be talking to the Party’s Millennial and Gen Z constituents. Boomer Democrats know firsthand how excited young activists can be. But while Boomer’s took to the streets in the 1960s, they were never a serious challenge to Democratic party leadership. So, the aging, establishment players seemed to think these hotblooded upstarts would fall in line, stuff envelopes and do as commanded.

But the Justice Democrats are revolutionaries, not a constituency. The group’s stated goal is to run "a unified campaign to replace every corporate-backed member of Congress." and rebuilding the Democratic Party from "scratch" starting with the 2018 congressional midterm elections.

Justice Democrats endorsed 79 candidates and 26 won their respective primary elections. Seven of these candidates won in the general election: Raúl Grijalva, Ro Khanna, Ayanna Pressley, Rashida Tlaib, Ilhan Omar, and Pramila Jayapal. But it is AOC that has become the de-facto leader of the upstarts.

If you have a young, progressive in your family ask them what they think about Democratic Leadership. They will say the Dem insiders are too old, too white and too corrupt. Many are not comfortable with gun-loving, Bernie for that reason.

For years people have talked about the hijacking of the GOP by evangelicals and billionaires. Whatever you think of that claim it pales to what is happening in the Democratic party. Sure, the Justice Democrats and college aged Social Justice Warriors loath Donald Trump. But this doesn’t guarantee party unity. They saw that towing the line didn’t drive real change in a party that they see as owned by big business and special interests.

Old school is failing at responsding

He isn’t alone. The video of Barbara Boxer (78) scolding a bunch of kids over the Green New Deal tells you all you need to know. Nancy Pelosi seems to spend more time fighting progressives than Donald Trump. She is open about why she feels she is right. She knows what can and can’t get thorugh the house and what she has a shot of getting done in the Senate. She knows that impeachment won’t lead to Trump being removed from office and it will probably backfire in the elections. 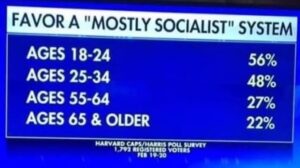 For these Boomer insiders, the focus is on getting some bills past, increasing their Majority in the house, winning some Senate seats and possibly beating Donald Trump. These are short term and practical goals. What they don’t seem to understand is that this group of Justice Democrats are more focused on the future and they are passionate, organized and the biggest threat to the party.