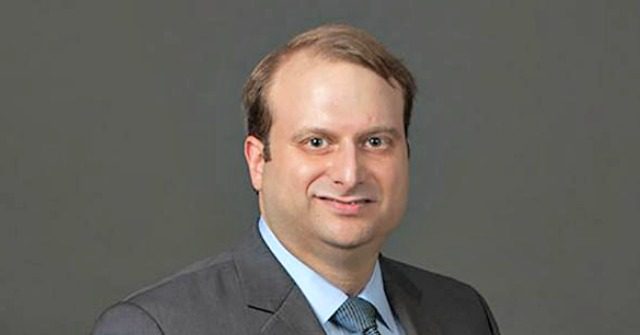 Everyone has seen some public figure or institution they like targeted by Cancel Culture, political smearing or a movement whose goals they support. The end result is that we are forcing out all but the most polarizing figures because vocal support from a narrow group, any group is the best anyone can hope for today.

Steve Menashi is a good man and a great nominee, and the attacks on his past and on his character will cause future presidents from both parties to nominate more extreme candidates in the future.

President Trump’s judicial nominee to the Second Circuit is a strong nominee by all objective measures. Painting Steve Menashi as an extremist, misogynistic or as an angry or hate filled person is transparent politicizing of an important nomination.

Menashi is a thoughtful, intellectual with opinions and points of view that contribute to the public discourse. You can disagree with him, but to paint him as unqualified, despite his credentials and because of his views, is dangerous to public discourse.

Opponents of Menashi oppose him for exactly those reasons. Rachel Maddow and CNN have clearly worked to misrepresent his views on everything from Israel and US culture to feminism, race and the role of men to LGBTQ issues. Blocking judicial nominees is a way for democratic lawmakers to prove to the extreme elements of their party that they can hurt president Trump.

But this is also part of a broader effort to undermine free expression and subvert centrist and conservative ideas and ideals but treating them as taboo and “hate speech.”

As we saw with the nomination of Justice Kavanaugh, political correctness has gotten to the point that virtually no one over age 30 has any hope of surviving the purity test on things they did as a youth or young professional. Instead the determining factor is the strength and resiliency of the nominee and of the Right vs. the Left. Whenever we start going back decades you know it is just a political tactic as Democrats including Joe Biden and Bernie Sanders can attest.

The Connection With Cancel Culture

Rage has replaced engagement as a way for people to feel connected to the political process and the culture itself. Everyone and every organization targeted by the “Cancel Culture” has seen this. Letting monsters roam free means they can attack randomly. Today, apparently, we think Katy Perry is a sex offender and Sarah Silverman is too racist to be in more movies.

In politics, this actually undermines either side’s incentive to nominate good or even moderate, squeaky clean candidates. Since your nominee is going to be savaged anyway, you really need a candidate that your side will stick with and who can tolerate the smears and attacks. In essence, more controversial and ultimately more extreme nominees.

Mr. Menashi’s background is stellar and he clearly had the intelligence, discipline and legal credentials for the posting. Menashi graduated with honors from the Ivy League Dartmouth College before attending Stanford Law School. After graduation Menashi clerked for D.C. Circuit Judge Ginsburg and then for Supreme Court Justice Samuel Alito.  Menashi worked in the private sector too and as an appellate litigator for Kirkland & Ellis.

Menashi’s academic credentials are very strong. He held fellowships at New York University and Georgetown and served as assistant professor at George Mason University’s Law School. He was published in several prestigious journals.

It is time to stop asking how we got here and start worrying about where we are going. Politicizing presidential nominees certainly didn’t start with Steve Menashi but that doesn’t mean that we all shouldn’t be concerned about it.